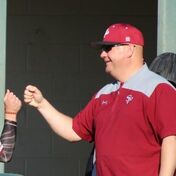 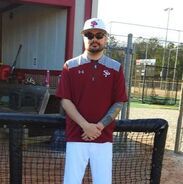 ​Coach Adair enters his 4th season with the Spartans.  He serves as the Pitching Coach and first base coach.  Coach Adair was recognized by the Georgia Dugout Club as the Assistant Coach of the Year in 2018.

ASSISTANT COACH - Brian Welak
Coach Welak comes to us after coaching several years in Pennsylvania, and the last couple years at Temple High School. Coach Welak will be our first ever Strength and Conditioning Coach. He will also serve as our outfield instructor and coach one of our sub-varsity teams.
​

ASSISTANT COACH - Chad Mathews
Coach Mathews joins the Spartans this year after previous stops at Manchester, Heard County, and LaFayette. He also serves as the Assistant Head Wrestling Coach for the Spartans. He resides with his wife (Amy) and two sons (Grayson – 7 and Hudson – 2) in Bremen. 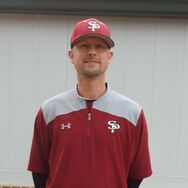 ASSISTANT COACH - Jason Chatham
Coach Chatham is entering his 3rd season as an Assistant Coach for the Spartans.  He has been a head travel ball coach for over 10 years.  He lives with his wife, son and daughter in Hiram.
​ 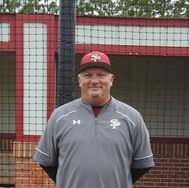 ASSISTANT COACH - Brian Meadows
Coach Meadows is entering his 3rd season as an Assistant Coach for the Spartans. He has been a travel ball coach for over 10 years.  He is a graduate from Georgia Southern University with a degree in Sports Management.  He lives with is wife, son and daughter in Hiram.
​